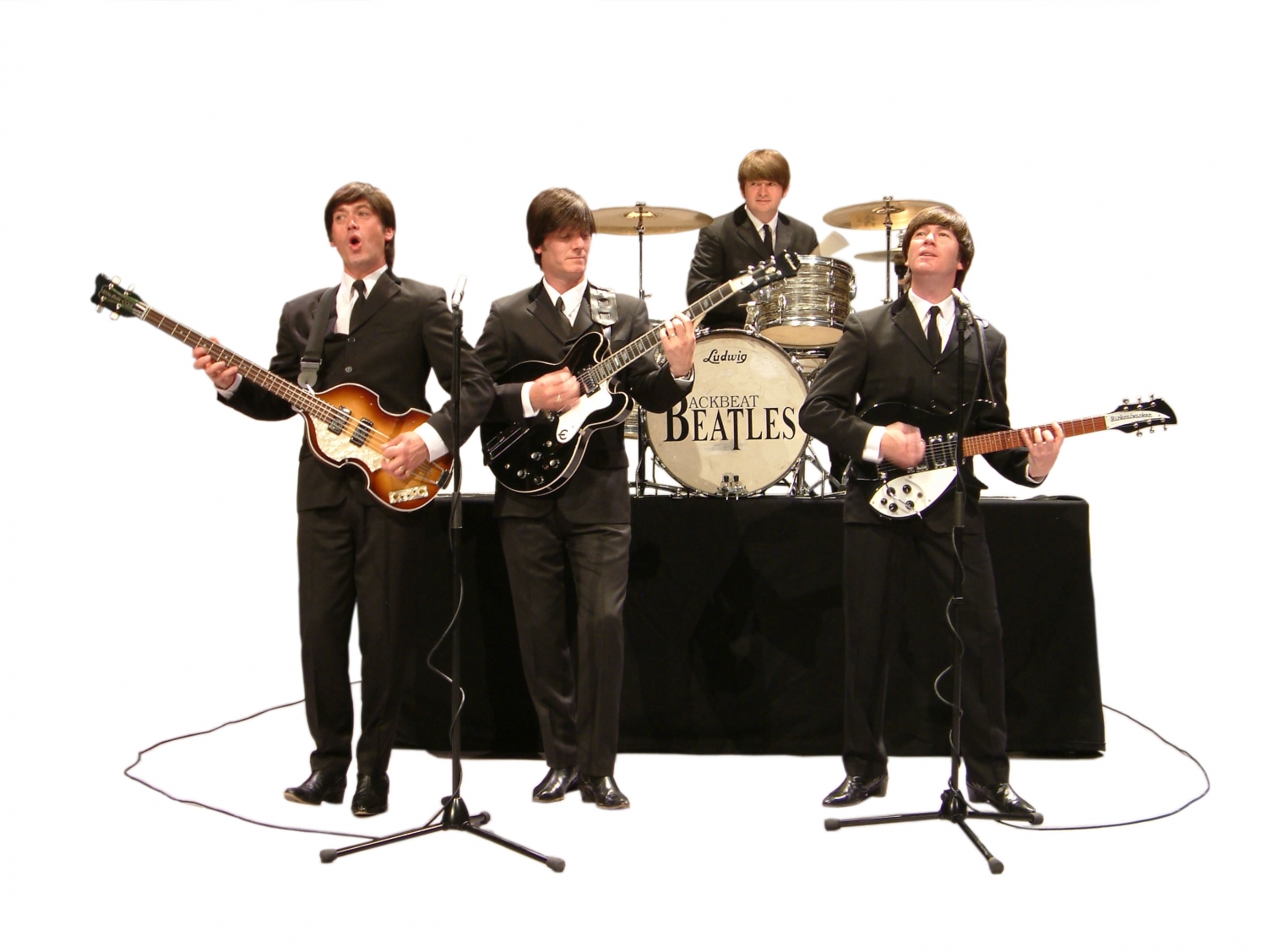 The Backbeat Beatles are THE premier Beatles tribute band and come direct from Liverpool, UK which makes their sound, vocals as well as their natural wit and humour much more authentic.

The band, featuring world class musicians, was formed by and features actor/songwriter Chris O'Neill following his successful role in the BAFTA award winning Beatles film 'BACKBEAT'. The band has exclusive permission from the makers of 'BACKBEAT' to use the name for a Beatles tribute band.

The Backbeat Beatles play at various arenas and theatres throughout the UK as well as worldwide including  Beijing, New York, Paris, Moscow, Duba, Hamburg and the famous Cavern Club in Liverpool UK. They have performed with many well known stars such as Take That, Shirley Bassey, Spandau Ballet and also the famouse Liverpool Philharmonic Orchestra. You may also have seen them on cruise lines such as RCCL, NCL and Princess Line. They are  available for private bookings and have performed at many celebrity weddings and celebrations. They have also played at exclusive venues such as The Sporting Club of Monaco, Gleneagles, St Andrews, The Belfry, The Grosvenor Hotel London, plus many more.